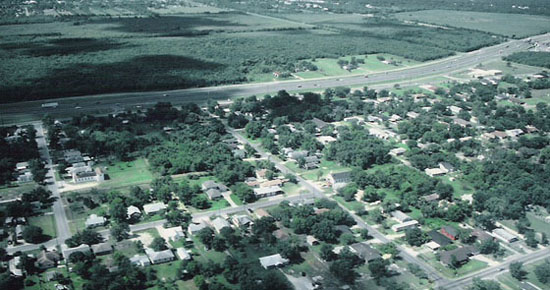 The First Annual Hobson City Heritage Bicycle Ride commemorates the legacy of these and other Blacks in bicycling, athletics, public recreation, environmental stewardship, and community building.

When I learned that Clearview was the only golf course designed, owned and built by an African American it rose to the top of my immediate to do list.  Linda and I had the honor and privilege to receive a guided tour of the Clearview course by Mr. Powell and Renee.  Mr. Powell explained that he had not been academically trained as a golf course architect.  Needless to say, he could tell us about every tree and blade of grass. It was clear that he understood master planning, had an eye for graceful grading, and sensitivity for natural design and landscape space. He explained everything from green speed, to seasonal maintenance practices, to play strategy.  Renee was brilliant in explaining all aspects golf etiquette, teaching techniques, and mental approaches to the game.  The experience was breathtaking.

The Clearview Golf Club was listed in the National Register of Historic Places in 2001.

The mayors and staff are from towns that are members of the Historic Black Towns and Settlements Alliance (HBTSA), which includes Hobson City and Tuskegee, Ala.; Eatonville, Fla.; Grambling, La.; and Mound Bayou, Miss.

North Carolina mayors will also be represented at the conference. Princeville mayor Bobbie Jones and representatives of the Tillery Settlement will attend. Howard Lee, former mayor of Chapel Hill, who in 1969 became the first black mayor elected in a predominantly white Southern town since Reconstruction, will be honored at a special dinner.

This program is funded in part by an Innovation Grant from the National Trust for Historic Preservation and co-sponsored by the Office of the Provost, the Frank Hawkins Kenan Institute of Private Enterprise, the Stone Center, and the Center for the Study of the American South in UNC’s College of Arts and Sciences.

For more information, to interview mayors from the HBTSA or to cover the symposium , contact Patrick Horn at (919) 962-0553 or pathorn@unc.edu.

A sample of historic resources from each community will be loaned for demonstration of curation and restoration assistance offered by the University of North Carolina. A full report of the observations and findings of the UNC archival team will be presented during a two day workshop to be held at UNC in February, 2015.  The archivist field assessment activities and UNC workshop are strategic parts of a National Trust for Historic Preservation Innovation Grant awarded to the World Conference of Mayors, an alliance of the five historic Black towns.

Across the United States the presence of historic architecture is being used too often as the singular measure of the importance of a settlement or town.  Some argue that a limited number, or absence, of styled buildings in a settlement or town indicates that there is not much important value or substance in the civic and cultural life of the community. Some use the current locations of architecture, buildings that follow academic design styles, to define the most important area to preserve in a community.   Without a doubt, architecture is an important source and expression of American culture, but it is not the only authentic asset or legitimate historical reference.

The act of incorporating an all-Black town in Calhoun County, Alabama during a time of intense racial tension and violence was a heroic act. Not individual heroism, but collective, or mass, heroism.  Within the town limits the founding residents, and visitors, laid claim to civil rights denied by southern “Black Codes” for generations:

•Right to vote in public elections

•Right to buy, hold and own land

•Right to move/travel and assemble in a public place

Hobson City opened opportunities for itself and other people of color within a radius of several counties.  It is little wonder that Black people came from all over the region to experience, enjoy, and treasure the town.  Hobson City’s “town park” was commissioned as soon as the community was incorporated.  Over its decades of service this seventeen acre public open space has served as a resting place that allowed Black, or White, travelers to stop without fear of being incarcerated for vagrancy; a setting for Negro League baseball barnstorm games with the Birmingham Black Barons; the site of a classic southern juke joint; and the current backdrop for the public library.

Hobson City life and culture even inspired Charles “Cow Cow” Davenport to compose a barrelhouse boogie-woogie tune in its honor: “The Hobson City Stomp.” Residents recall hearing the rhythmic sounds of stomping feet in the wooden floor gazebo that was once located in the park.  The Hobson City Park is one of the oldest African American public parks in continuous use in the United States.  It embodies an authentic American recreational legacy that spans one hundred and fifteen years.

The advertisement for Mound Bayou, Mississippi in the adjacent frame appeared in the 1912 edition of the Negro Yearbook published by Tuskegee Institute in Macon County, Alabama.  It is telling to note the number land related words, such as real estate, town, and acres, that appear in the copy.  The words town and community are also emphasized.  It is clear that the land and community were Mound Bayou’s most important resources.  The ad claims that Blacks owned 30,000 acres of land.  Buildings, or architecture, were certainly necessities, but the ownership and control of land was particularly critical to Black advancement toward full American citizenship in the political contexts of late 19th century America.

There are additional points of significance to the land emphasis.  Late 19th century southern state constitution laws for  municipal incorporation required ownership of land and signatures of seventy percent of the registered male voters in the proposed town.  Buildings, architecture, were not required for incorporation of a town. Some states included laws that, for a time, denied the access to civil rights without land ownership.  Black codes often included vagrancy laws that allowed the arrest and incarceration of Black people found on public roads without written work passes.  These vagrancy laws were not enforceable within the municipal limits of a Black town.  As a result Black towns, such as Hobson City, Alabama, served as sanctuaries from harassment and forced servitude. Some state constitutions restricted public funds from being spent to buy land for Black schools.  Residents of Black settlements and towns, such as Grambling and Eatonville, had to raise private funds to buy land, or acquire land gifts, on which to build school houses for Black education.

American towns and settlements are composed of multiple elements or resources. Each component contributes to the unique character of the town.  The role each component plays in the historical evolution of the town, and the ways that the residents and neighbors use the components helps define their significance in the history of the town and its context.  These dynamics produce traits and patterns that are unique to the specific place and the times in which it formed and evolved.  In other words, this becomes the signature, cultural landscape, of Mound Bayou, or Eatonville, or any other American town.  Black towns and settlements were composed of the same kinds of components as neighboring White towns.  But, the Black towns and settlements were forced to prioritize and use their resources in significantly different ways and purposes.

The National Park Service and Secretary of the Interior have published guidelines and criteria for historic cultural landscapes:

Secretary of the Interior’s Standards for the treatment of historic Properties: Guidelines for the Treatment of Cultural Landscapes

The Mayors have engaged Everett L. Fly to provide a comprehensive range of planning and historic preservation expertise as the principal consultant for the precedence setting initiative:

More than one thousand and two hundred Black settlements, enclaves, and towns were established in every state in the lower forty eight contiguous United States between the late eighteenth and early twentieth centuries.  More than five hundred settlements were established with the physical elements and cultural institutions in a town format.  Only fifty to sixty Black towns were legally incorporated in nineteen states between 1865 and 1915.  The separate Black towns represented radical options when they were founded in the nineteenth century.  They incorporated self-government and independent enterprise into streams of African American ritual and tradition.  More importantly, the incorporated Black towns allowed all who lived within their boundaries to claim their civil rights: right to vote, right to hold public office, right to buy, hold and own land; right to move and assemble in public places; and the right to choose one’s profession.

This site uses Akismet to reduce spam. Learn how your comment data is processed.